Why Fraud Prevention is Important For Your Organization

since fraud prevention, misuse, and compliance violations in T&E, P-Card and AP programs are a main component of our web-based application, I thought I would weigh in on a common question I hear a lot.

“Is it really worth the money and trouble to invest in fraud prevention?”

The short answer is yes, but not for the reason you may think.

Preventing fraud is always great in theory, but many only look at the hard dollars fraud prevention recovers. Instead, I’m asking you to look at the bigger picture: fraud takes a toll on your company culture, which is not only a priceless item, but also something that can heavily impact your company’s performance.

There will always be one bad apple in a good bunch. There will also always be the second apple who will try to get away with fraud because he/she has seen the bad apple get away with it too many times before. Now there are two people trying to defraud your company because you aren’t following up with basic fraud prevention measures, and the rest of the organization likely sees fraud happening but feels uncomfortable or conflicted about saying anything. What happens if it is someone’s manager or the executive leadership defrauding the company? For this reason alone, investing in fraud prevention is worth the money as it potentially recovers money already lost, and prevents future losses.

Fraud Prevention isn't completely about the financial loss to your company

Fraud is less about financial loss to your company. After all, this amount ends up being a small portion of your company’s total spend. Fraud prevention is about positively impacting the 99% who aren’t doing it. Employees may view the fraud and think, “if fraud is ok, what other corners can we cut? Where else can we cheat?” Then you may end up with a sub-par product offering or level of customer service to your clients. You want employees to feel that you keep your promises. Upholding values and keeping promises are a few of the most basic tenets of creating a happy company. And we all know that happy companies are profitable ones.

But notice that I said, “for the most part.” Even if 1% of employees are defrauding the company in both small and large ways, the other 99% will see that nothing is being done to prevent the theft, and think less of your company. Preventing fraud is more important than the dollars you’re saving—it’s the value of having integrity as a part of the core of your organization.  Integrity is most powerful when it’s a real “100% of the time” operating principle. We can’t act with integrity some of the time, because that’s not having integrity at all.

It spells out an organization honest employees will want to work for. 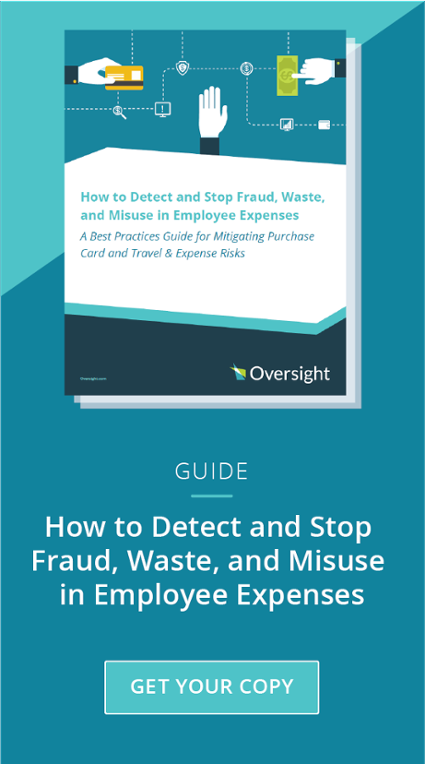